Posted on November 25, 2013 by Lakeland Ascents

After a wintery day on Helvellyn on Friday, and a day of abseiling and rock climbing with a great group of girls on Saturday, I decided to head into the fells again today and have another look around at how wintery things are developing. The photos below do the talking really, but here’s a few words too.

I wandered up The Band, with a plan of checking out the crags on the east face of Bowfell. The Climbers’ Traverse was pretty wintery, with a thin layer of consolidated snow and ice making things slippy. This was the only time today where I crampons were worth having. The crags on the east face, and Bowfell Butress itself were all pretty black though. Winter hasn’t taken hold here yet. Nothing to be had here folks… move on!

The Great Slab was caked in ice and rime though and was fun to wander up – similarly, the summit of Bowfell was white, with hard consolidated snow underfoot. This theme continued down to Ore Gap and over Esk Pike too, with great views over to the Scafells.

I had half-a-plan to head onto Great End, via one of the easy gullies, but I had a sneaking suspicion that there wouldn’t be much to go at here – I was right. Great End is still pretty black and the approach slopes have hardly and snow covering them. Higher up, at the top of Central Gully, there appears to be a sign of things improving, but lower down the gully looks black, loose and unfriendly.

Another great day on the hill though – it’s amazing weather to walk in the fells or scramble. The Langdale Pikes and Gimmer looked amazing today, but would have made for some cold fingers for those up for climbing there!

Pics follow. To see all our pics of early winter from the last few days, check out http://www.facebook.com/LakelandAscents 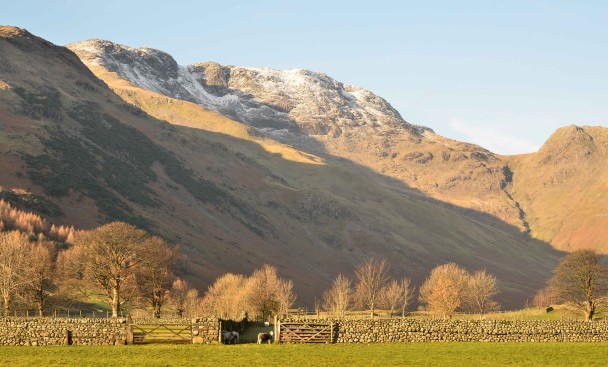 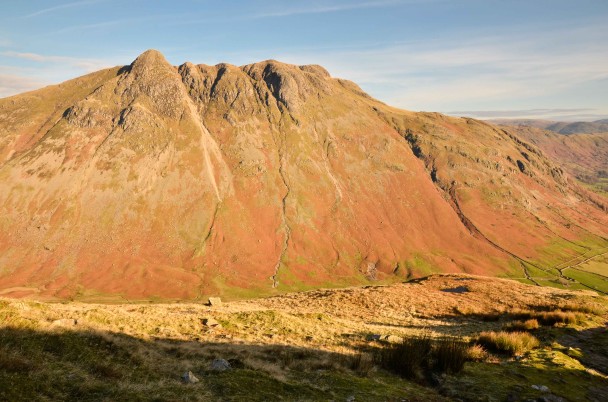 The Langdale Pikes & Gimmer looking like a nice place to be! 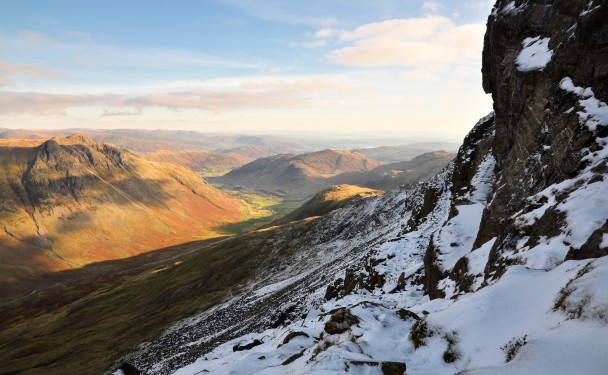 The Langdale Pikes from the Climbers’ Traverse on Bowfell 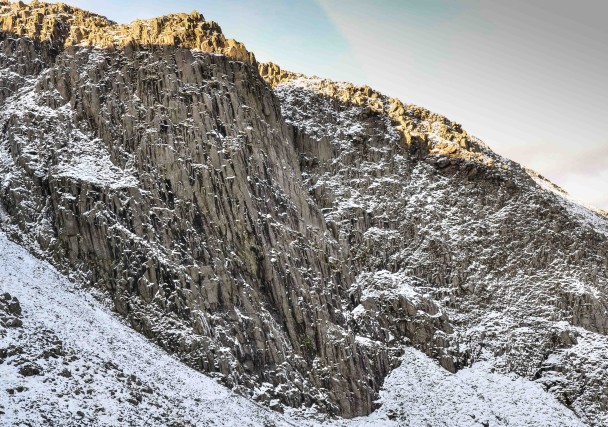 Bowfell Buttress – not in! 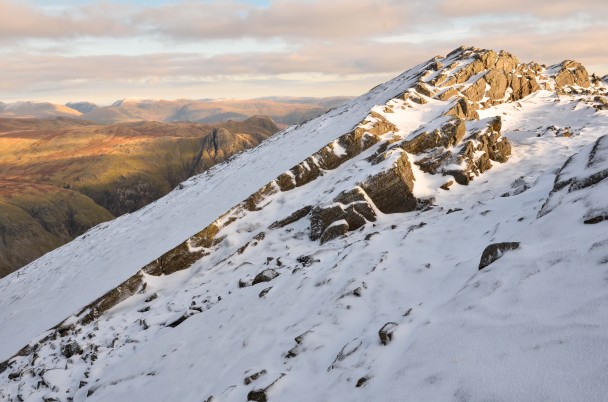 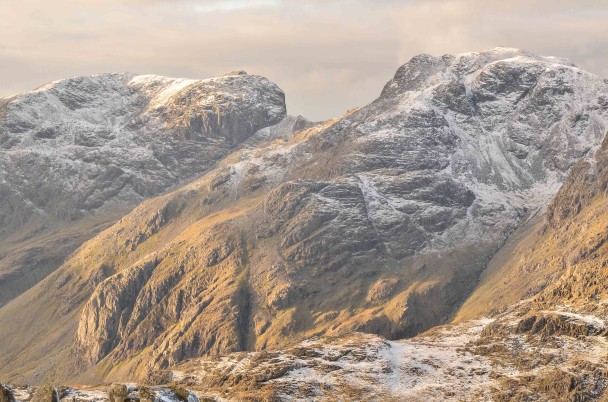 The Scafells, from Esk Pike 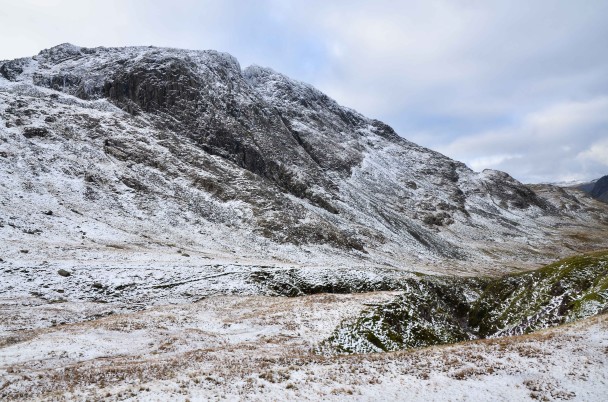 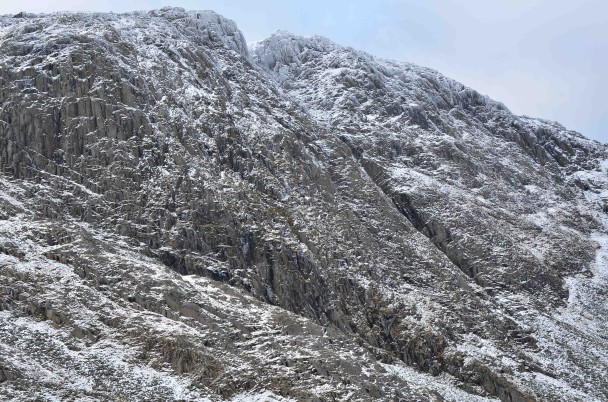 Central Gully on Great End – not in 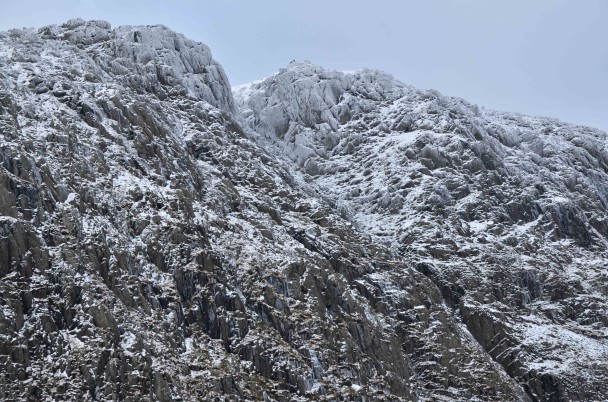 Positive signs at the top of Central Gully, Great End