Posted on February 2, 2014 by Lakeland Ascents

On Tuesday and Wednesday, Mike & Harry from Wiltshire joined us for a 2 day Mountain Leader Refresher Course. Our instructor Mark met Mike and Harry in Nant Peris, Snowdonia on a wet and cold morning. Here is his overview of the 2 days:

“So the day began with a brew, well several brews actually. We discussed the course objectives and from this I built a plan for our two days.

Areas to be covered included rope-work & navigation. We began with a rope session indoors, we then took the time to discuss where we would be spending the night. I already had a few locations in mind for potential campsites, but also threw the ‘bothy’ idea into the mix. Both liked the idea of the bothy and neither had stayed in one before. Dulyn bothy was to be our shelter that night.

It had been many years since i’d been to Dulyn, a compact little place in a wild and remote setting on the northern slopes of the Carneddau. We observed wild ponies on the mountain, kites in the skies, and not a single other person for two whole days, magic.

The walk in to Dulyn begins in Cwm Eigau, an area altered by hydro-electric schemes, but still retains a wild charm. Once into the adjacent valley the wilderness really opens up. Here we focused on rope skills using basic knots and techniques, the lads were very good at this already so we soon moved on to the main event, navigation!

During daylight hours this rarely presents a problem for the competent navigator. Today was no exception, with both quickly picking up on pacing and timings. Our final problem before a rest would be to locate the bothy. I set the challenge and left the lads to get on with it. Strategies were discussed and agreed upon before setting off. Thankfully the nav’ was good and we arrived in good time to an empty and dry Dulyn :-)

After re-fueling ourselves with snacks and hot tea it was time for a session of night navigation. The weather was by now quite poor, breezy, cold, and raining. Just what we wanted to make for a ‘full-on’ night nav’ session. We set off just before dark and used a few easier problems to ease us into the mood. I then turned the heat up, asking the lads to find a small spur of land on a huge plateau. They rose to the challenge and did locate the spur straight off, top effort.
Next up was a spot height in the middle of the plateau. This proved more difficult as the plateau resembled a bog!! However with some interesting strategies and a detour, the spot height was located spot on, this was really positive. Due to the difficulty of locating the spot height and a variety of features we’d located along the way, I detected a tiredness rolling over the lads so decided we should begin our journey back to Dulyn, which was by now about 4km away. They had the nav’ sorted by now and took us back with ease. We arrived cold, wet, tired, but satisfied.

An evening meal and whiskey was enjoyed before lots of sleep.

The following day began a little later than planned, none of us wanting to leave the warmth of our sleeping bags! However, soon enough we were out amongst the clouds in search of classic ML nav features such as re-entrants and ring contours. The micro-navigation session went very well. With tiredness kicking in yet again, I asked the lads to hatch a plan to get us back to the cars, we discussed a variety of route options and strategies before striding out in search of civilisation.

Tea & cake back at Capel Curig was delicious.”

Thanks to Mark for running the course for us and good luck to Mike and Harry in their ML Assessment. 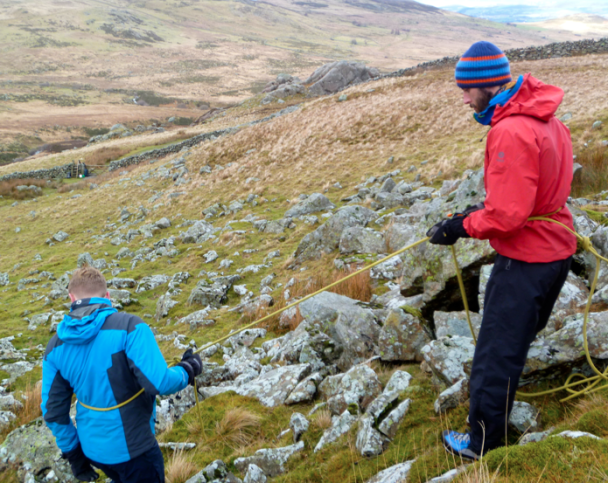 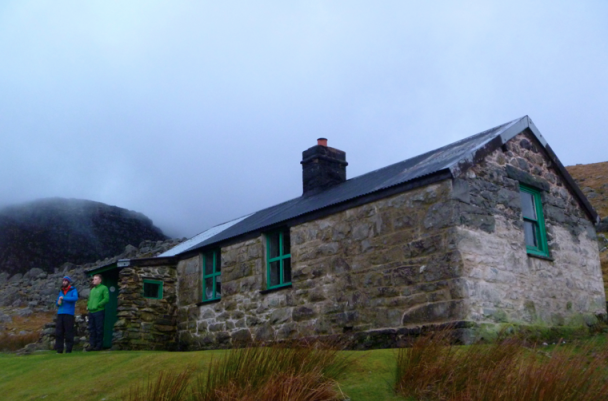 In search of a ring contour