Over the last couple of days we have been on the hill with John from Hertfordshire who booked on to one of our popular 2-day private navigation courses. After getting lost on Scafell Pike in the mist and again on Crinkle Crags in the snow, John decided that it was time to get the skills needed to enjoy the mountains more safely.

On Saturday, we met John in Hartsop and looked at basic nav techniques as we headed up the valley towards Hayeswater. We helped John to become more aware of the features around him and gave him the skills to translate these back to the map – meaning that he could pinpoint exactly where he was on a path, at any time.

In constant drizzle and increasingly strong winds, we left the valley behind and headed up the sloped of The Knott. Here we looked at how to use features such as re entrants and slope aspect to navigate in places where the paths have disappeared and the visibility has becomes poor. John found the summit of The Knott and after learning about how to use the compass to navigate in conditions where there are no features to use, he took us across to top out on Rest Dodd.

By now visibility was probably less than 20 meters but we still had the shape of the land around us to tell us where we were so John used this to navigate us down spurs, via ring contours and across re entrants to our next destination.

John’s navigation had come on leaps and bounds so when we met him on day 2 in Kentmere it was time to push things further. In worsening weather and more incredibly poor visibility, we introduced new skills, such as timing to measure distance into the equation. By now John was using contour appreciation, tick off features, pacing, timing and techniques such as aiming off, attack points and boxing to get around the hill. Pretty good for just a day and a half of navigation training!

We spent the day high above Kentmere, in and around Crag Quarter, putting all these skills to the test in some really horrible weather before heading back down to the Kentmere valley and back home to get things dry.

Well done to John, whose navigation skills went from little confidence to the ability to navigate at a fine, micro level in just 2 days.

No more getting lost on the Crinkles! 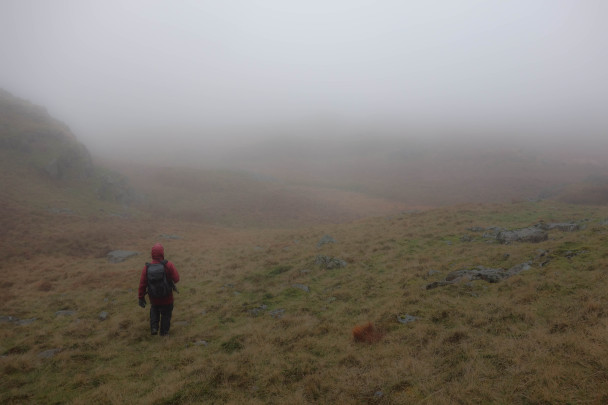 Not much to see here! Nav above Kentmere 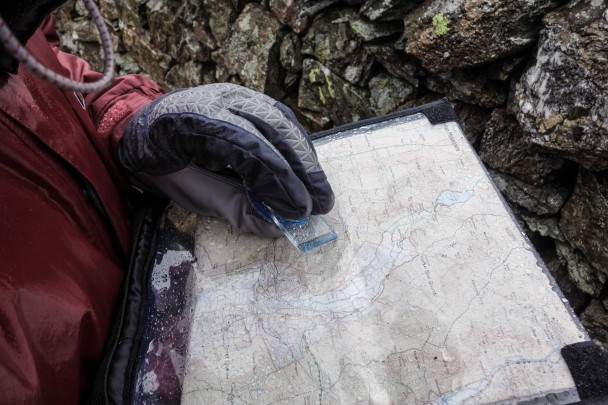 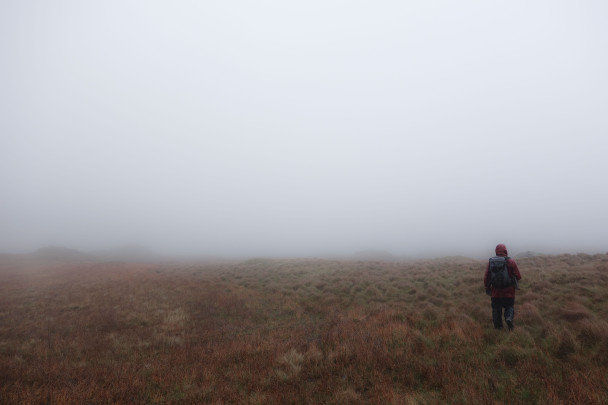 Heading down from Rest Dodd, above Hartsop

This entry was posted in courses and training, navigation courses, navigation training. Bookmark the permalink.