Posted on August 5, 2014 by Lakeland Ascents

Over the weekend, 8 colleagues from House of Bath joined our guides to take on the infamous National Three Peak Challenge and to climb Ben Nevis, Scafell Pike and Snowdon in one continuous 24 hour push.

We collected the team in Manchester on the Friday and drove them up to Fort William, where they stayed overnight in a comfortable hotel, preparing for their challenge which was to start the next morning.

The following morning, one of our local west Highland guides, Rich, met the team at 0500 in Glen Nevis to lead the group at sunrise up Britain’s highest mountain and back down again. A time of just 5 hours was recorded before the group jumped into the minibus and headed for the Lake District.

Lake District guide Si met the team in Wasdale Head for a 1730 start on Scafell Pike. The heavy rain of the day had fortunately passed and the team made the top (minus the views) and down in just over 4 hours. Another good time.

The team then headed over to Snowdonia for a 0330 start on Snowdon with our guide Neil. The weather was less forgiving on Snowdon but 7 out of 8 made the top, completing their challenge of climbing the highest peaks Scotland, England and Wales in one continuous push.

A great effort – well done to all involved. 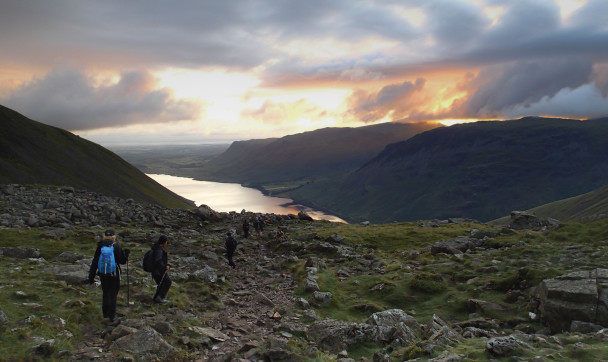 Sunset over Wast Water on our descent from Scafell Pike 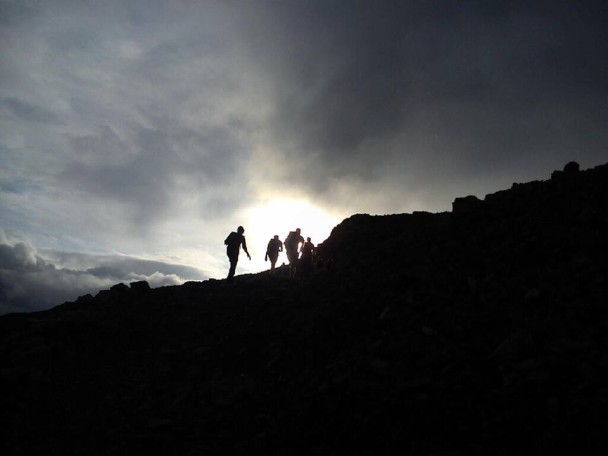 The team silhouetted by the sunrise on Ben Nevis 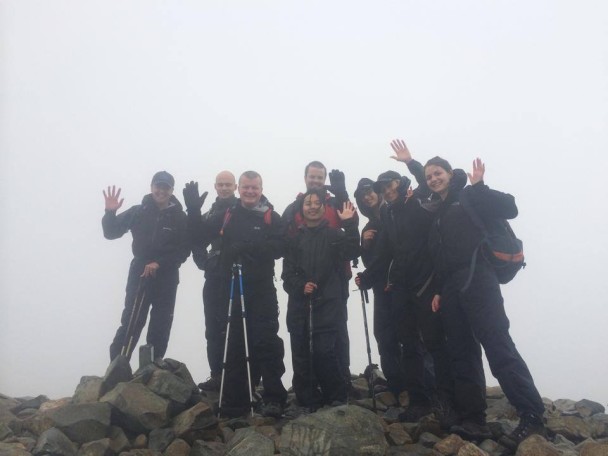 Poor views, but a happy team on the summit of Scafell Pike