Posted on February 14, 2015 by Lakeland Ascents

William joined us today for the first of 3 days of Lakes winter climbing. We headed onto Helvellyn’s NE face and climbed a great ice and gully line at around III. Despite the thaw, there is still plenty of ice on the headwall, although some screws aren’t that inspiring. Turf is either frozen, or mushy and the rocks are black. Snow on the exit slopes is sugary, but reasonably well consolidated where exposed. Hopefully it will get cool tonight to delay any further stripping of the Lakes winter. 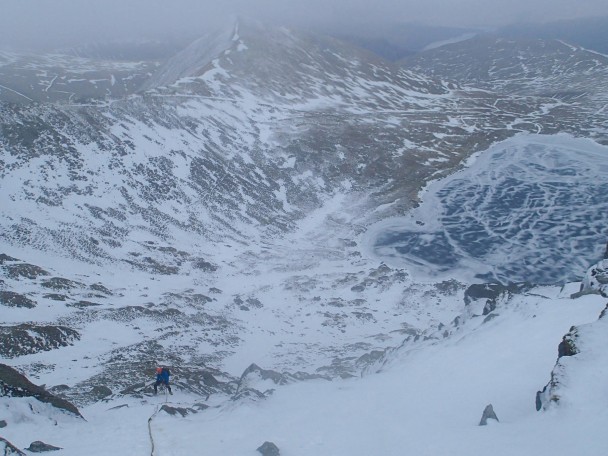 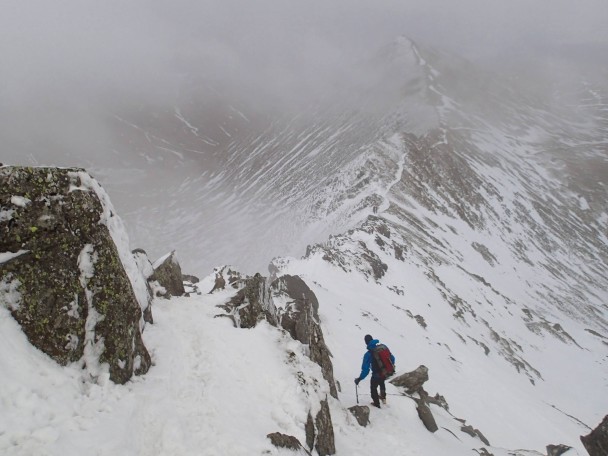 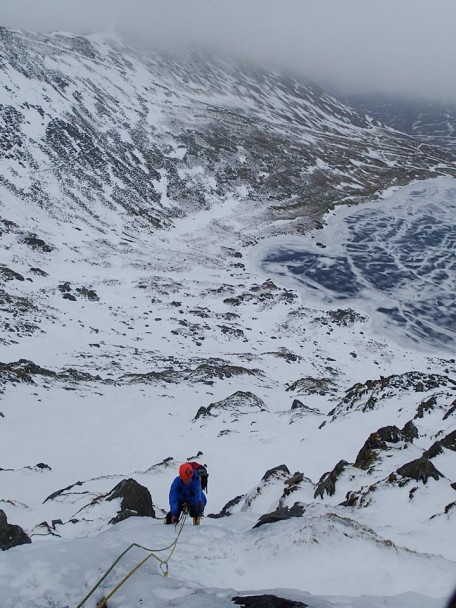 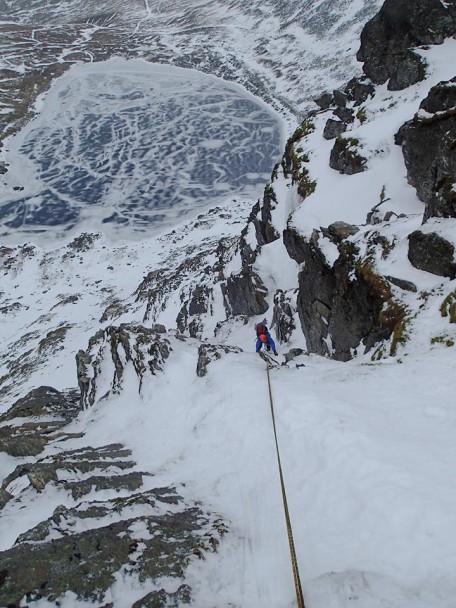